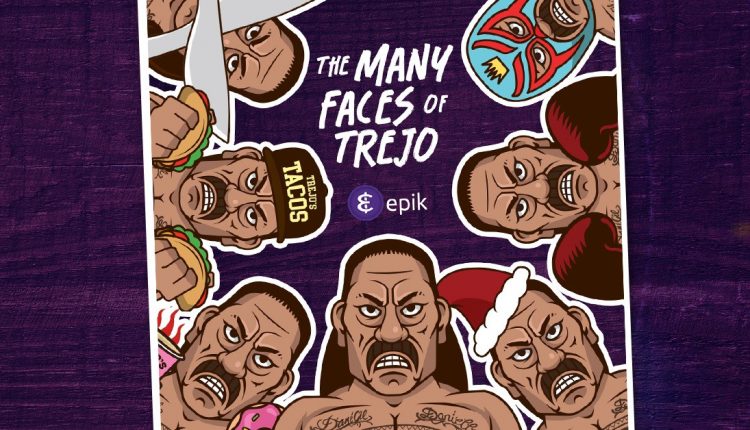 Renowned for his career in the world of Hollywood, Danny Trejo has partnered up with Epik to launch his own special collection of 10,000 unique NFTs. Dubbed ‘The Many Faces of Danny Trejo’, these will range in rarity from uncommon, to ultra-limited, which will be released over the course of time by Trejo.

Designed by the artist Samuel Ho, and are animated in a similar fashion to a gif; ensuring each has a special character; paying special tribute to the actor and his illustrious career.

The first wave of 16 ultra-limited NFTs will be launched to celebrate his 78th birthday on May 16th, with them going live on Epik Prime at 12:00pm UTC.

Along with rarity, each ‘Face of Trejo’ provides the holder with special properties once they’re put to use in Epik’s ‘Epikverse’ once it launches. For Trejo fans, the NFTs also come with some real-world benefits and discounts on his merchandise.

To Danny, it’s a special opportunity to communicate on a deeper level with the fans that have supported him for so long.

“Working with Epik has been an awesome collaboration. This partnership is an opportunity to engage with fans on a different level.”

Former editor of BlockchainGamer.biz, James now contributes to the site in his expert capacity.

‘CAN ANDROIDS SURVIVE’ Makes Deadly Deliveries on a Hostile Moon